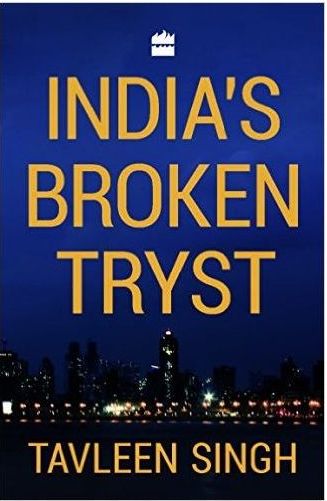 It was only after I became an adult that I began to ask questions about that famous "tryst". Why was the speech made in English? Was Nehru just a romantic or a real leader? And did he not know when he talked of the world being asleep at midnight that it was not midnight everywhere?'

Even sixty-seven years after it became a modern nation state, democratic India has been unable to meet the most basic needs of its people. A dangerous mix of colonialism, socialism and statism has brought about this situation. India's people, both rich and poor, have been at the mercy of a political class whose motive for being in public life is power and pelf rather than public service.

From one of the country's most experienced and respected journalists, India's Broken Tryst is a bold analysis of why this state of affairs has come to pass - why has the Indian state failed to live up to the promise made 'long years ago at the stroke of the midnight hour'?