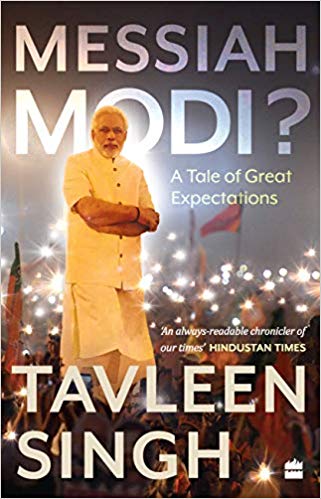 One of India's most influential columnists, and one not averse to controversy, Tavleen Singh was among the few mainstream 'Delhi' voices to see the Narendra Modi wave coming in 2014. In Messiah Modi, she details her early support for Modi the candidate, followed by a helpless disenchantment with Modi the PM and the cabinet he headed. She tells the story of his first term as it unfolded. From lynchings to demonetization up to Article 370, she gives an intimate account of her subject. In the 2019 verdict, and her own inability to get it right, she sees that she and her ilk have been swept to the margins of India; the masses of India speak in one voice, and that voice chants 'Modi'. And yet, there is a marked difference between her enthusiasm of 2014 and her acceptance of 2019 as she examines whether Modi delivered on the promises he made in his first term. Is he the messiah so many hoped he would be? This is Tavleen Singh's frank and forthright reckoning of Prime Minister Narendra Modi.